BREAKING: I will be interviewed about MYER and my reluctance to play for exposure on 2UE’s Breakfast show on Monday 13th October, just after 6am. Please listen in!

A while back, I heard about a performance opportunity in the lead up to Christmas, and so I sent off an email with an expression of interest. The other day, I finally heard back. The company was looking for multiple performers to fill almost daily shifts in store, entertaining patrons, between October 8 and December 24. I thought that I could possibly get in a few sessions in that time period, which would help fund the upcoming album. I thought a few of my advanced students might be interested as well. I emailed with a link to this website so they could hear what I sounded like. The contact then told me that this was an unpaid position. Now, understandably, this got my blood boiling.

The following is almost word for word of what followed. I originally left out the company name in the post (changing my mind about naming and shaming later), but it wasn’t until the “I don’t mean to cause offense” reply that the contact revealed it was MYER, Castle Hill, a huge department store, that wanted to use performers to bring the crowds in. 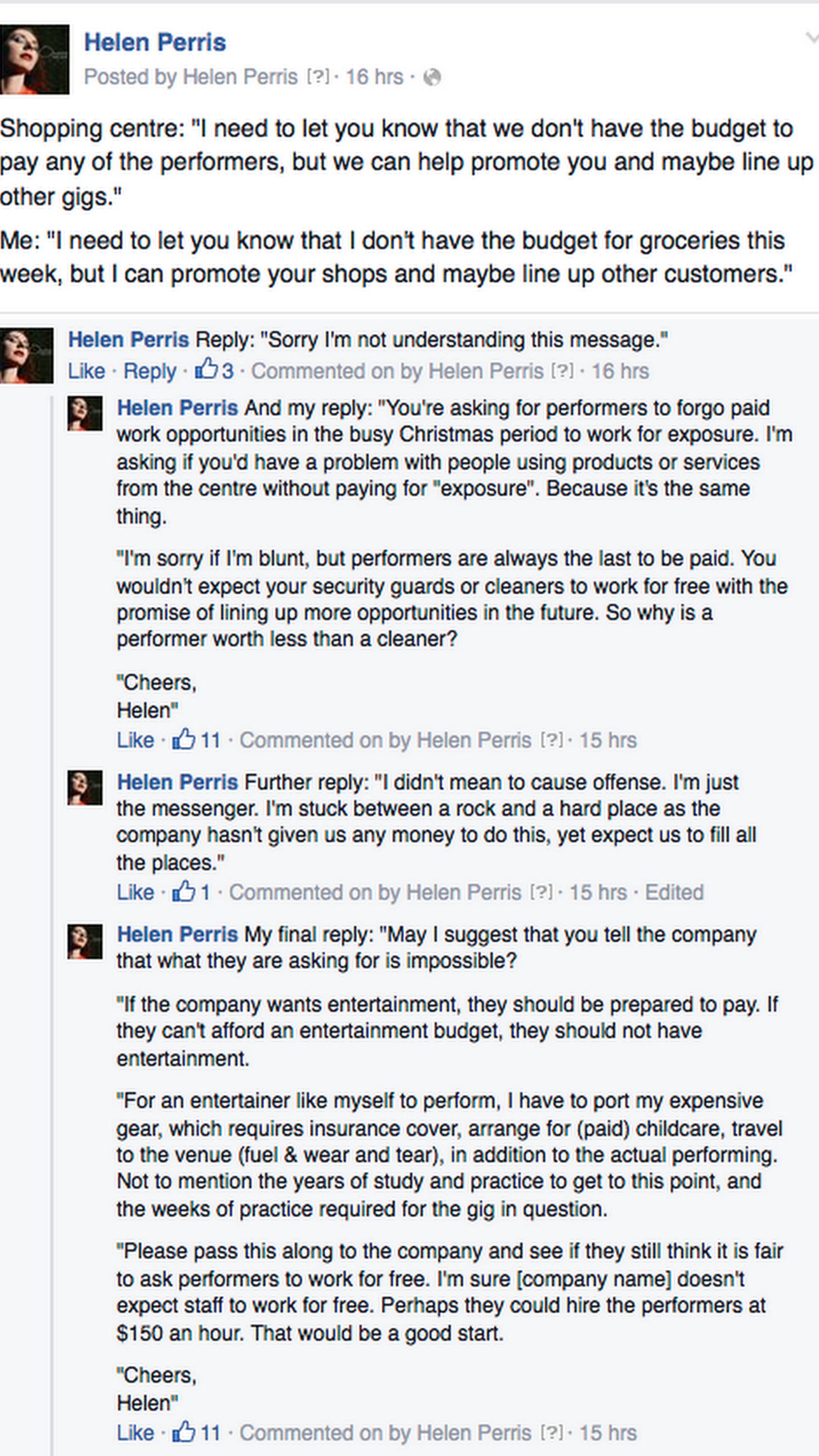 I posted this on my Facebook page and it started to get a bit of a reaction. So then I tweeted it as well, and the whole thing kind of snowballed. 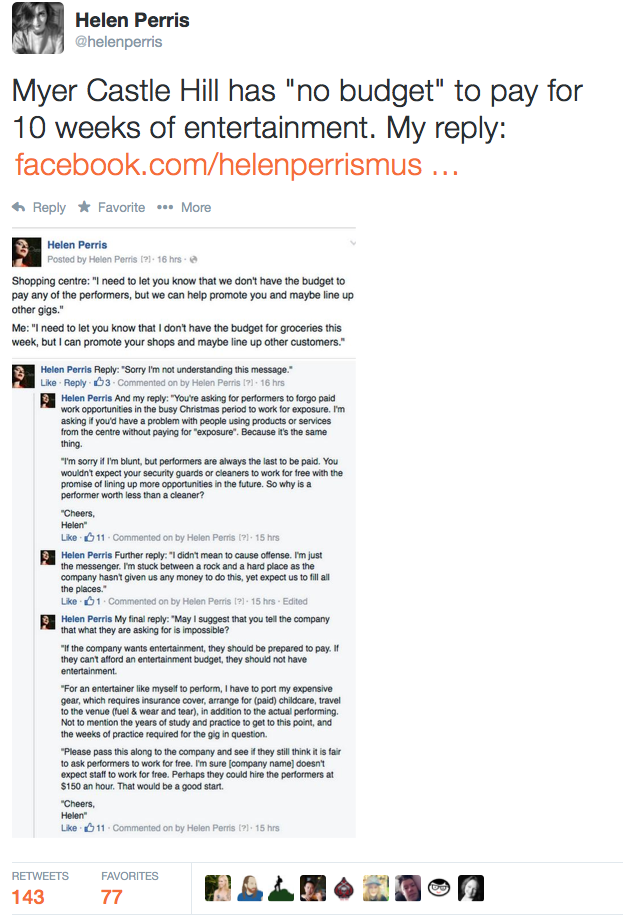 The thing is, MYER is a for profit company, not a charity, and they are not even going to give me exposure as an artist if I’m singing Christmas tunes. There is no benefit to me, whatsoever, to play for free. I would likely lose income because of lost paid opportunities elsewhere. Playing music is my livelihood. I don’t believe a skilled professional should be devalued like this. I didn’t pass the information onto my students either, because I believe they are at a professional standard and worth being paid. (Indeed, some have already been paid to perform!) 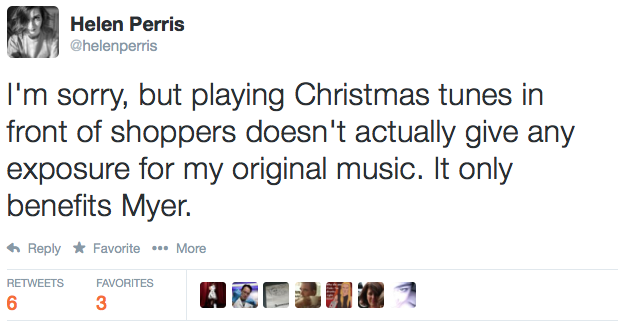 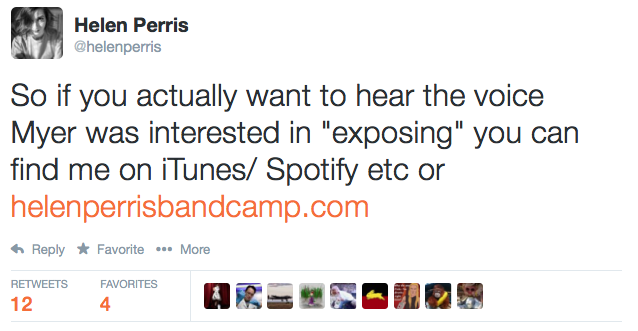 (Edit: Hmmm… would have been more helpful if the correct link was in that tweet.)

“Exposure” is bandied about too readily by companies and individuals preying on the need for an artist to be heard (or in the case of visual artists/photographers/designers/actors/dancers, seen). But if all that exposure leads to is more unpaid gigs, how does this benefit the artist? It doesn’t. We are professionals and deserve to be treated as such. A mechanic doesn’t get asked to fix a car for “exposure”. An electrician won’t rewire your house for “exposure”. An orthodontist won’t fit and adjust braces for “exposure”. An accountant won’t do your taxes for “exposure”.

If you don’t fit into that criteria, don’t even bother asking.