Is the album dead? 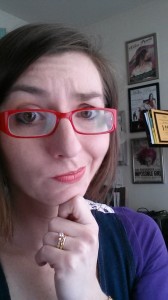 There has been some conjecture that the album is dead, nobody bothers listening to an entire album anymore, so why should artists bother to spend the money and time making one when a few good singles would suffice. What are your thoughts on this? I’ve been working on an album, but should I? Do you actually want to hear an entire album from me? Or would another EP be enough? Or just a bunch of singles released one a month over a six month period? Tell me what you think. Is the album dead?

Next post: The Musician vs Myer (or why I won’t play for “exposure”)